The link between Mercury Amalgam and Illness

At  Danny de Villiers Dentist, in Weybridge, we only do white fillings. These look great and there are no health risks as associated with amalgam mercury fillings.
The question – “ What is mercury toxicity?” –  is one of the most difficult to answer as mercury attacks the body in many ways.
The mercury in fillings releases low levels of mercury vapour, which is absorbed into the bloodstream in the lungs and then taken to the kidneys to be passed out in the urine. High levels of vapour are associated with harming the kidneys and brain.
Mercury kills cells by interfering with their ability to exchange oxygen, nutrients and waste products through the cell membrane. Inside the cell, mercury destroys our genetic code and DNA, leaving us without the ability to reproduce that cell ever again. Immunologically, mercury embeds itself in a cell membrane, giving that cell the appearance of being “nonself”, which is the trigger for the immune system to destroy that specific cell. This leads to autoimmune disease like diabetes, multiple sclerosis (MS), scleroderma and lupus.
Mercury can interfere with nerve impulse transmission that causes organs to get the wrong messages. This may be related to memory problems and it can also contribute to numbness and tingling of the extremities.
Mercury can become attached to hormones and deactivate them which can lead to hormonal deficiencies. Chronic fatigue syndrome also has a mercury component.
Does Mercury leak out of fillings? Yes
Does it form a toxic compound?  Yes
Can it cause illness?  Yes
Can illness be reduced or eliminated by Amalgam removal?  Yes
Five categories of changes caused by Amalgam:
1.Neurological:  Tremors, seizures, MS, Alzheimer’s disease, emotional disturbances.
2.Immunological: Systemic lupus erythematosos, scleroderma and rheumatoid-arthritis.
3.Cardiovascular: Unexplained heart pains, high and low blood pressure, irregular heartbeat.
4.Collagen: Osteoarthritis.
5.Miscellaneous: Chronic fatigue, brain fog, digestive problems and Crohn’s disease.
At Danny de Villiers  dentist in Weybridge, we have a holistic approach to dentistry by being Amalgam and metal free. We adhere to the strict guidelines on handling and removing amalgam filling as laid down by the International Academy of Oral Medicine and Toxicology. (IAOMT) 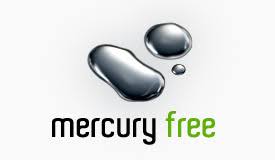 https://www.dannythedentist.co.uk/white-fillings-weybridge.html
A MUST read if you are worried about Amalgam fillings and the effects they have on your health.         “It’s all in your head” by  Dr. Hal A. Huggins