The recession of the gum is one condition that has direct effects on your dental health. Most people have no idea that their gums are already receding, as it happens gradually. 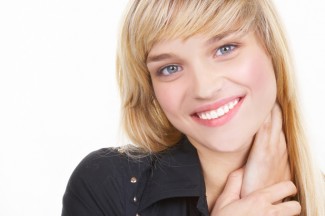 This condition happens to everyone, even those who brush and floss and gargle religiously. It comes with serious repercussions, some of which affect the function and appearance of your teeth. For one, your teeth may get loose and gaps between them become more visible.  As the gums wear away, the teeth may appear awkwardly long. This condition also exposes the root of the tooth, which results in sensitivity.
Gum recession happens due to a number of reasons. Here are some of them:
Gum Diseases
Periodontal diseases make your gum sensitive and vulnerable to infection and inflammation. Infections cause the gum to recede. In some cases, these diseases cause the detachment of the gum from the tooth.
Problematic Bite
Crooked teeth and misaligned bites induce the receding of the gums. This happens because the distribution of the jaw and teeth’s mechanical forces is uneven. The application of too much force on the gums and other parts of the teeth pushes and wears away the gums.
Aggressive Brushing
Brushing too much creates mechanical forces that may scrape the gums, which then leads to eventual recession. The rate of recession also depends on the bristles of the brush. Hard bristles are more likely to change the surface of the gums.
Genetics
Genetics also plays a role in the health of your gums. If your parents, grandparents, or anyone in the family has experienced gum recession in the past, then you are likely to develop the same condition.
Other causes of gum recession can be considered secondary. Examples include smoking, which causes periodontal diseases, problematic orthodontic treatment and physical trauma, which cause unnecessary mechanical stress and pressure. To learn more about how you can effectively maintain the health of your gums and teeth, contact us today or browse through the rest of our website.